To Stéphane, the best winemaker is one that largely keeps his hands to himself, allowing the alchemy of nature to do what it does best. As he says, “Being a lazy winemaker is all about being patient, letting the place talk. Making it simple.” He learned this laissez-faire method of winemaking while growing up in Meloisey, Burgundy, at the feet of an elderly neighbor whose family had been making wine for centuries.

After obtaining degrees in viticulture and enology from Université de Bourgogne in Dijon, France, he worked in Switzerland, Sonoma, CA and New Zealand. There, he discovered the difference between Old World and New World winemaking. The vineyards were young, as were the winemakers, allowing for free reign for them to put their own stamp on the wines they crafted.

At Ammons Horn, Stephane has come full circle using his viticultural and winemaking knowledge of the Carneros AVA for other clients along with his worldwide experience to make estate wines that are both approachable and elegant. We look forward to his continued work with our still and sparkling pinot noir. 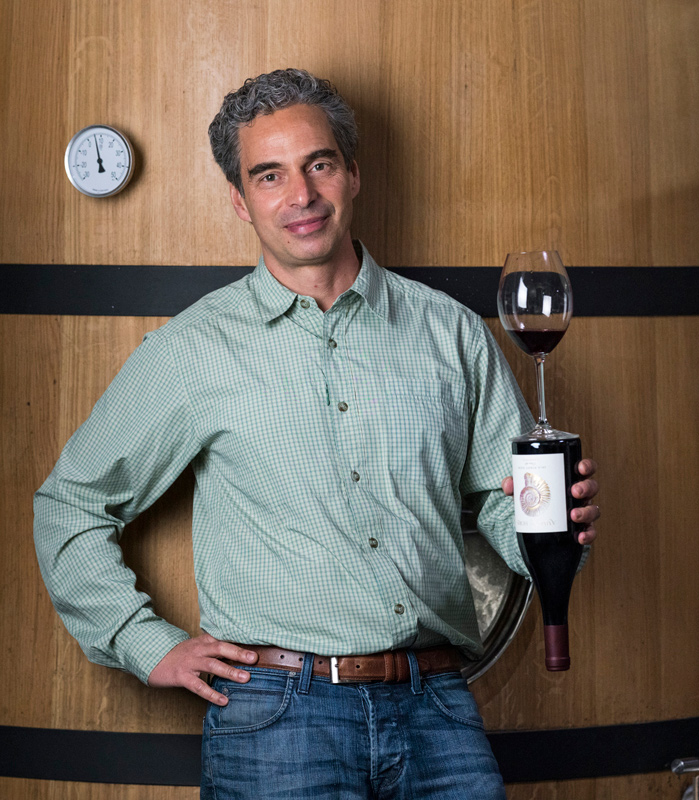 A native of California raised in Carmel Valley, Linda began her professional career as a consulting geologist working in the areas of groundwater resources, hazardous waste, and buried explosives/munitions. Her degrees in geology and hydrology are from the University of California, Santa Barbara and the University of Arizona, Tucson. She has supplemented these degrees with coursework in viticulture and enology from the University of California Davis and Napa Valley College. Linda started her winemaking as a home winemaker in 2006, one year after selling the grapes from their first vintage. Since her twenties, she has been passionate about wine and studying viticulture, even before she owned a vineyard.

Linda is the winemaker for small production wines produced and bottled at the estate under the “Fossil Party” label. As winemaker and part owner of the vineyard estate, if you ask her the most valuable education regarding her winemaking… “ it has been the school of hard knocks! Learning from observing how different viticultural practices impact wine quality and of course, trial and error in the winery. ”

Now she and Stephane Vivier work to craft beautiful wines from this Carneros estate formerly known to Napa Valley wineries as Chateau Noir Vineyards. In late evenings, Linda can be found in the beautiful French-style buildings of the estate planning for the next day of hard work out in the vineyards or in the winery. She says, “I hope I am doing this when I am 99 years old!” 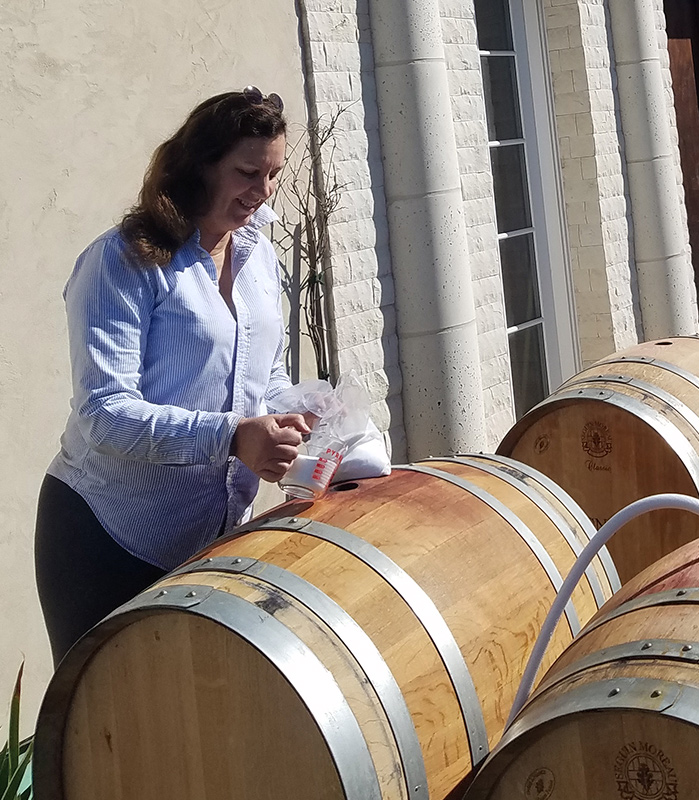